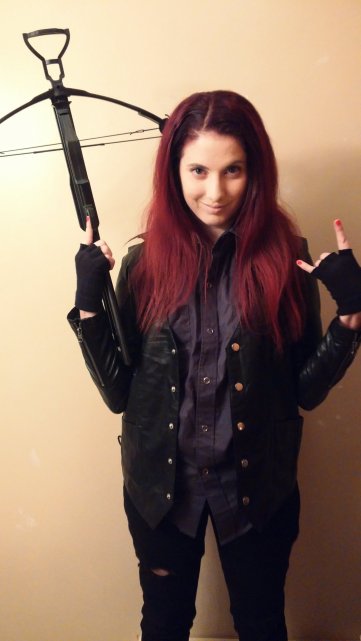 I just love this costume so much.

I’ve been getting a lot of wear out of my slightly modified Daryl Dixon costume in recent days- having teamed up with my friend Stef (who dressed as Carol) for a costume party in Reading last night. I’ll once again be wielding my crossbow for tonight’s festivities before I pack it away until the next comic-convention or ‘Walking Dead’-themed event I attend.

I can’t believe that it’s the last day of my favorite month of the year (and also my favorite Holiday!) and that tomorrow begins the treacherous descent into turkey dinners, premature Christmas music, and sub-zero New England winter temperatures. Please, October- can’t you stay with me just a little bit longer?

But before I prepare myself for the impending holiday madness and end-of-the-year-chaos that usually unfolds at the firm- I have to take a look back at the month that was, and this past October sure was something, alright!

October is typically one of the busiest months for me, and not just because I spend a lot of time watching and reviewing bad horror movies on Netflix and visiting haunted houses, pumpkin patches, cemeteries and overall creepy abandoned buildings, etc., but also because things typically (and inexplicably) pick up at work this time of year and I frequently pull in some overtime in my office to stay a couple steps ahead. By the time November rolls around- I’m ready to hibernate for the winter, myself.

Thankfully- this past October gave me the rare opportunity to take a mini-vacation to the West Coast for a few days where I had the absolute BEST TIME catching up with longtime friends in Las Vegas and San Diego. Attending my dear friend Kelsey’s wedding was such a wonderful and beautiful occasion, and being able to experience my best friend Sean’s first time in Vegas with him was so unbelievably fun. I’d love to go back with him again someday. There’s still so much we didn’t get to see! 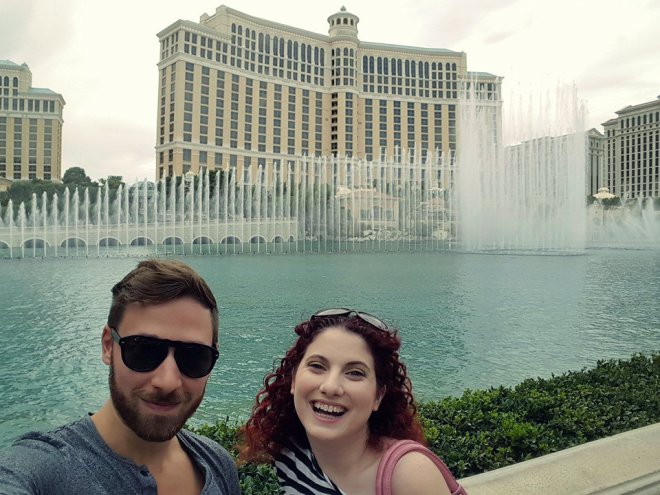 And of course, the trip once again reignited the fire- and desire- within me to eventually make my way out to Southern California to live there once and for all, especially with winter swiftly approaching- but all in due time. I have to patient and finish planning and preparing, first.

So what’s in store for November? Well, apart from the aforementioned pre-holiday craziness- I do have a few fun Fall things planned before my beloved season kicks the bucket for another year- including a couple of stops in NYC and Vermont, dishing out plenty of recipes (just in time for Thanksgiving!) that I’ve been hoarding in recent weeks and haven’t got around to posting just yet, finally sharing some photo sessions I began working on at the very beginning of Fall and have nearly finished editing and organizing- for all your Urban Explorers out there- and just trying to stay motivated and focused for when December shows itself.

But I still have a few more hours of precious Halloween time- so I’m going to go get my costume back on, enjoy the last horror movie marathons of the season- and get ready for the Trick-Or-Treaters!