I admit, when I first heard that this October’s Loot Crate theme was “TIME”, and not something horror-related like last year’s assortment of items (which is still one of my all-time favorites) I was a little disappointed and slightly worried that I would be let down despite the teasers and not-so-spoilerish-spoilers that Loot Crate occasionally released leading up to the actual box shipping out. I knew in advance there would be some ‘Back to the Future’ stuff and of course- items from ‘Doctor Who’- but the rest was a mystery!

I have to say, this month’s crate surpassed my expectations (in a good way) and I was pleasantly surprised with what I received. 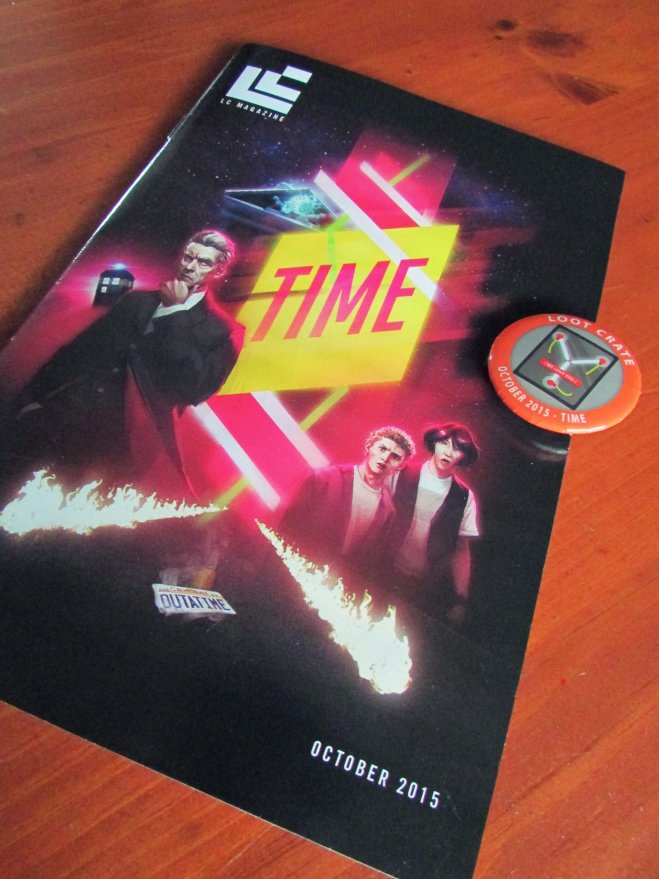 First and foremost, as always- was my monthly collector’s pin and mini-magazine. The magazine, completely revamped, featured a more in-depth look at Loot Crate’s product team (and their new “LEVEL UP” subscription service) and a pretty handy guide to cosplaying beloved time traveling characters like Marty McFly and Bill & Ted. There was also a pretty fun flow chart to help determine which of the Doctors from ‘Doctor Who’ is the Doctor for you (try saying that four times fast.)

The magazine still features subscriber photos and item descriptions, too, of course. 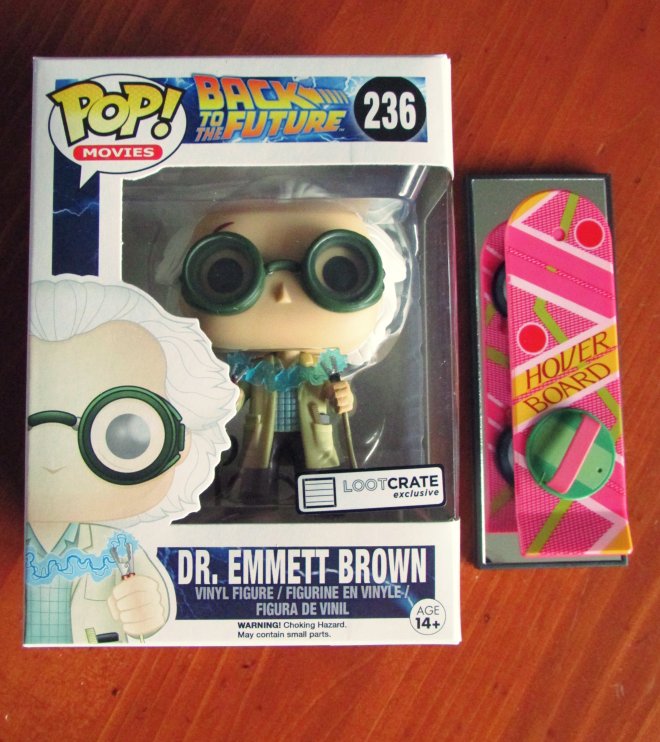 With October marking the 30th Anniversary of ‘Back to the Future’ (and last week marking the day and time Marty travels to 2015 in ‘Back to the Future II’) it seemed fitting to include these two incredible collectibles in this month’s crate. The first, an exclusive Funko POP! figurine of Doc, which is just way too cute for words (I’ve already put it on display in my kitchen!)

And the second ‘Back to the Future’ item was this decently sized replica of Marty’s Hoverboard with it’s own little display stand. It’s pretty neat- although it makes me wish I had a real Hoverboard of my own. Somebody please get on that. It’s 2015. 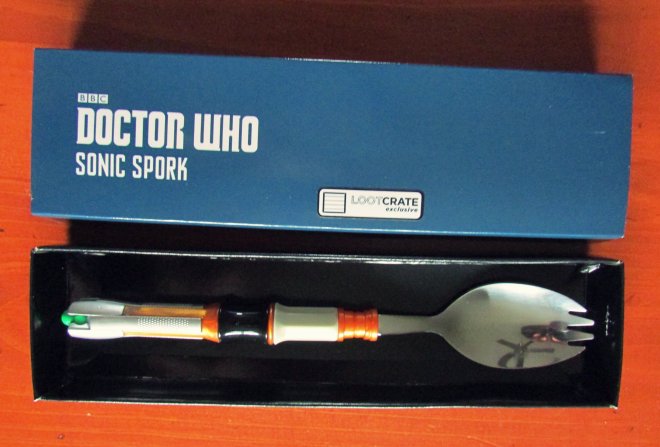 I am just going to put this out there and say that I’ve never really been a ‘Doctor Who’ fan. I know (most of) the characters and I know the overall plot- but I’ve just never been able to immerse myself in the fandom like the way I do with a series like ‘The Walking Dead’ or ‘Silent Hill’. I do have a few friends who are OBSESSED with the Doctor, however- and I’ll be giving this ‘Sonic Spork’ to one of them soon since I know they’d get a kick out of it! 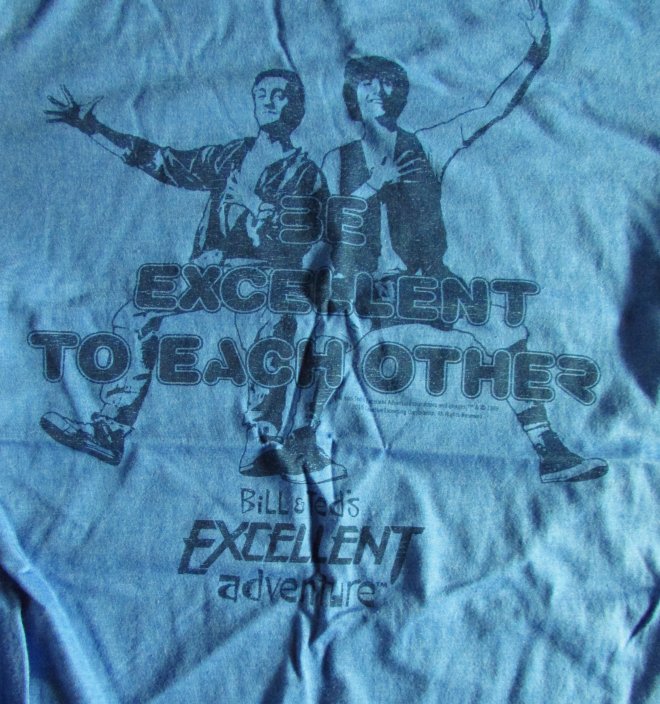 Finally (and sorry for the wrinkles. I took a photo right after I unrolled it,) I loved this cozy, cotton and retro t-shirt featuring my favorite time-traveling dudes- Bill & Ted! I can’t wait to wear this out and about soon. It’s fantastic, and might be one of my favorite t-shirts that Loot Crate has included in a box since I started subscribing!

Now, to some- it might seem like there’s not a lot of items in October’s box. Loot Crate typically sends a lot of smaller items every month- but the overall value and quality of the collectibles and clothing included this month surpasses what I paid for it- and that’s good enough for me. I really loved everything I received- and the ‘Doctor Who’ spork will make a fun gift!

November’s theme was recently revealed to be ‘COMBAT’, and all I know is that there better be something ‘Mortal Kombat’ related included in it!

I can’t wait to check it out.