Without fail, nearly every year around this time (and typically during “January Thaw”), I tend to get a nasty 24-48 hour cold that renders me completely useless to the outside world and causes me to retreat to to the depths of my bedroom- armed with tissue boxes, a gallon of Simply Orange orange juice (with extra pulp!), a bottle of Ibuprofen, and my Netflix subscription to ride it out until the worst is over and I feel well enough to return to work . Last night on my way home from a day trip to check out an urban exploration location in Western Massachusetts, I started showing the telltale signs of an impending illness- my throat started hurting and I had a dull headache that grew increasingly stronger as the hours wore on.

I typically wouldn’t be concerned, but there is also a bad flu epidemic that has swept most of Massachusetts (and judging from last night’s Golden Globe Awards, nearly everyone in Hollywood has it, too), so when my symptoms hadn’t improved much by this morning, I opted to take the day off from work as a precaution to rest, relax, get plenty of fluids in me, and nip it in the bud before it got worse without risking potentially spreading it to any of my co-workers.

I feel a lot better now than I did this morning, so here’s hoping it was just a fluke.

At least I had a good weekend. 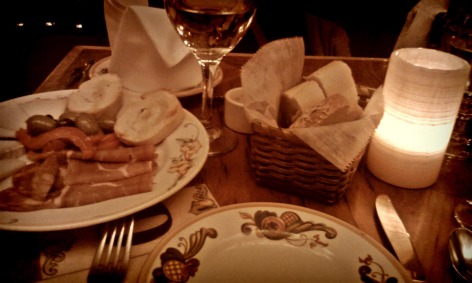 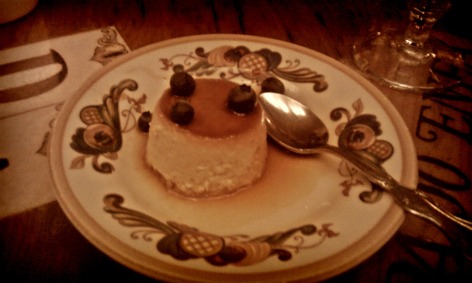 Saturday night I took Sean out for a belated birthday dinner (his birthday was last Monday, but our work schedules delayed the celebration by a few days). At his recommendation and request, we went to Dali in Somerville. I’d never been before, but Sean seemed confident that I’d enjoy it, and he was right.

The food itself was really good, but I was so enamored with the decor of the place that I kept getting distracted from our fried milk and flan. Admittedly, it doesn’t look like much from the outside, but inside is really, really cool. Definitely worth checking out if you’re a fan of Spanish food.

Back roads in Western Mass.

I said it earlier in this entry, but yesterday I headed out to the mythical land known as Western Massachusetts, specifically the town of Greenfield, to take a few photos of the Candlelight Motor Inn. I was hoping it would be in a more tranquil part of town, but a McDonalds has been built directly next door (they actually share a parking lot), so trying to get into the zone while people were ordering Big Mags and Happy Meals twenty-five feet behind me was a little difficult.

I can’t find much history on the place, like when it was constructed or when it was closed down (all I could pull up was a 2012 obituary of a woman who used to work in the housekeeping department), but the buildings are in rough shape. Add in the elements of snow/ice potentially weakening the roof and floorboards, and I chose to take exterior shots instead of risking my safety to try and get a couple of interior ones.

Here were some of my favorites from the bunch: 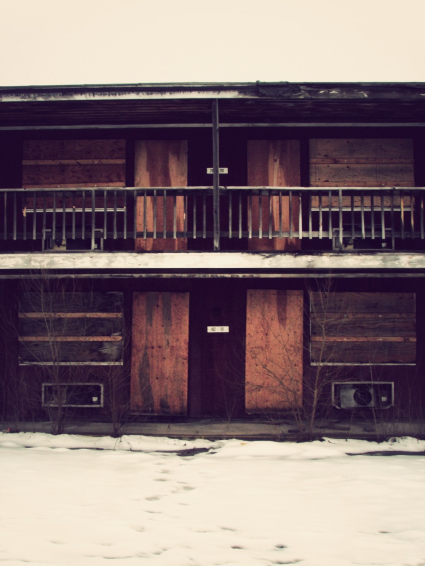 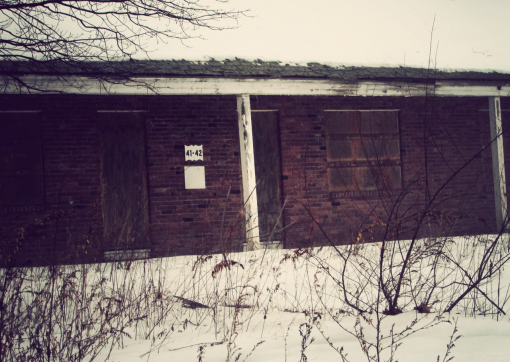 There was a pool area I had wanted to check out, but I was losing light quicker than anticipated, so I’m thinking I may have to make a trip back- more than likely in the Spring or the Summer when it should be less slippery and therefore less hazardous to walk around.

I did see a couple of other interesting locations on the way I’m thinking I may check out this coming weekend if I have the time and if I’m feeling well enough.

Speaking off, it’s time for me to drink some hot tea, take a shot of NyQuil, and get ready to turn in for the night.