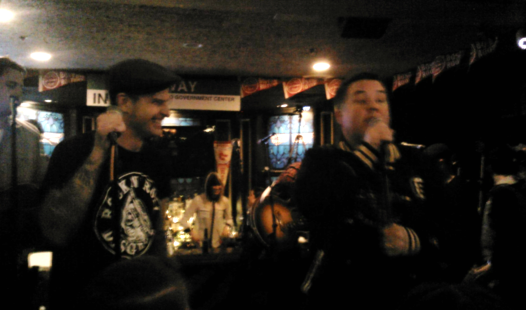 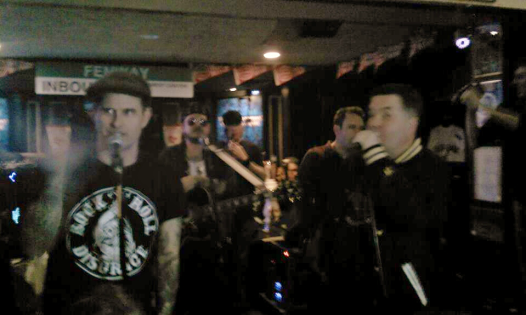 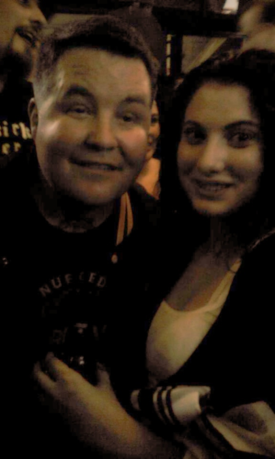 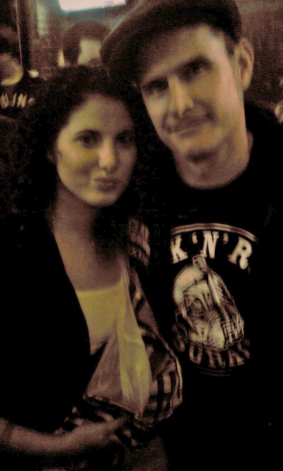 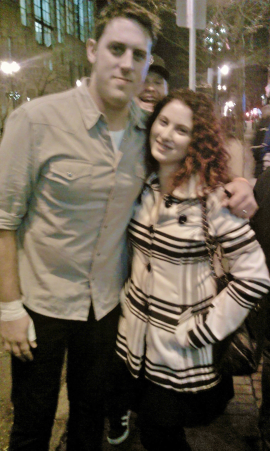 Last night I headed down to McGreevy’s Pub after work to grab a beer and catch a small acoustic set from my favorite Boston boys, the Dropkick Murphys, to celebrate the release of their new album, “Signed and Sealed in Blood”. I had a blast. I’m a longtime fan, and it was such a pleasure to sing along, and dance, (and drink!) with other fans who quickly became friends. Such an amazing crowd, and such an amazing show.

Sorry about the photo quality, or lack thereof. All I had was my cell phone, and I was getting jostled about quite a bit during the show.

Afterwards, Ken and I briefly talked about my father over a beer. He was so unbelievably kind and compassionate, as were the other guys who were milling about, talking to everyone who had come by the show, signing autographs, and posing for pictures. There is no other band out there who love their fans more, or who do more for their community, than Dropkick Murphys do.

I’m so proud of them, and I’m so honored I got to be part of the celebration.

Their new album is brilliant. I highly recommend it. I first heard the song “Rose Tattoo” off of it a couple of months ago, and was instantly hooked. It’s still one of my favorites. It just hits me on such a personal level. Here’s the video:

Go check it out!