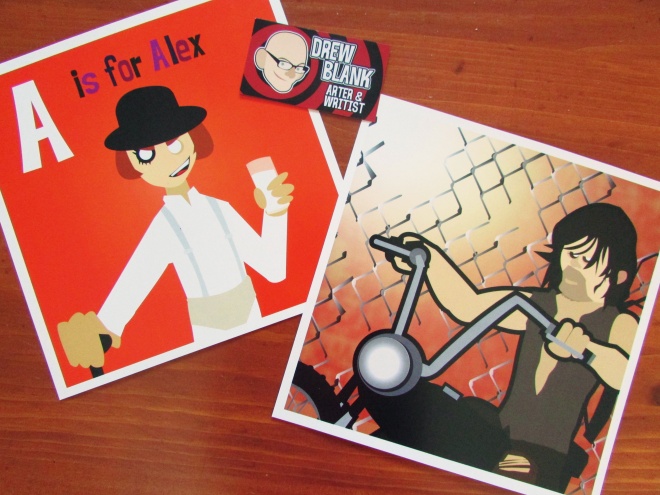 This past Saturday, I ventured out to Marlborough, Massachusetts to attend the New England Super MegaFest. In comparison to other comic conventions I’ve been to over the years, NESMF was considerably smaller in size and not particularly advertised as much- but the turnout seemed pretty impressive during the couple of hours I spent saying hello to old friends and perusing numerous merchandise booths and the artist gallery. NESMF was also the first convention I’ve been to in a while where I didn’t wear a costume and just showed up in comfortable casual wear.

I did splurge on a couple of items from artist and writer Drew Blank. The above prints, one of Alex from “A Clockwork Orange” and the other of The Walking Dead’s Daryl Dixon, were immediate favorites and are currently waiting for frames so that I can display them on my walls. I’ll definitely be purchasing more of these drawings in the future (as well as some of Drew’s dress designs,) because I think they’re absolutely adorable!

While a good portion of the celebrity guests were former pro-wrestlers and 1970’s/80’s TV and film stars- I was beyond surprised (and thrilled) to see The Walking Dead’s Josh McDermitt on the roster. Eugene has been one of my favorite additions to the show, and every promotional appearance I’ve happened to catch that featured Josh has been entertaining. The guy is funny- really funny- and was so sweet and down to Earth. It was an absolute pleasure getting to meet him face-to-face and talk to him. He’s truly a gentleman and it was such a fantastic experience that made the drive to and from the convention worth it.

Josh was also kind enough to sign a photo for me to add to my “Walking Dead” memorabilia scrapbook (I have a book I’m putting together where one side is an autographed photograph of a cast member and the other is a photo of me with said cast member who signed it. It’s just a fun little hobby I started at a small convention a few years ago.)

I think his signed photo might be my favorite so far. 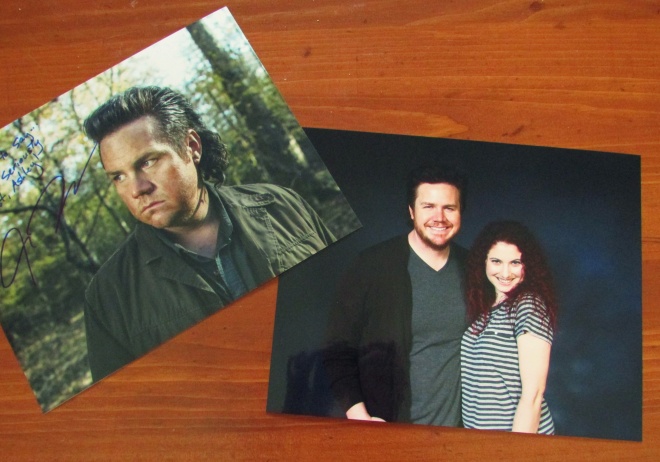 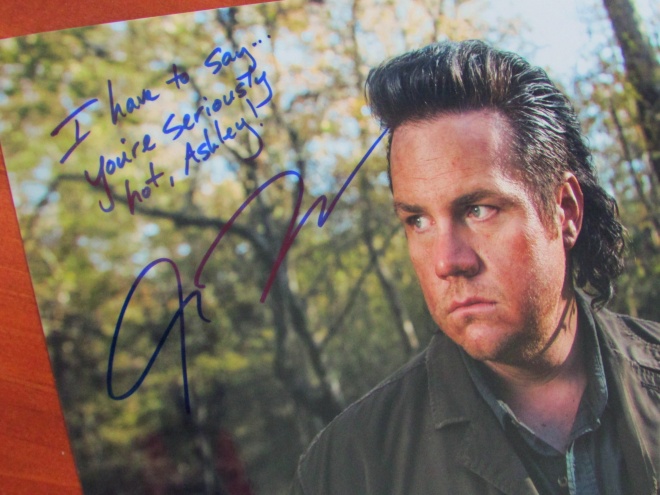 Such a fun afternoon.