Last year around this time, in the midst of drafting my summary of 2013, I had compiled a list of my ten favorite photographs that I had taken/were taken of me throughout the year. I’ve recently completed my “In a Nutshell” post for 2014- due to be published on New Year’s Eve, and thought that I would put together another post ’til then of my ten favorite photographs from this year!

It was hard to narrow it down to just ten photos, because I saw so many great places, did so many fun things, and met so many wonderful people this past year- so I was frequently re-arranging my list- adding and omitting things- but I think I finally have it sorted. Here’s my “Top 10” pictures that span the course of 2014!

The best thing about the Fourth of July landing on a Friday this year was that any and all celebrations of the holiday were extended well into the weekend. Such was the case when my girlfriends and I headed to Cape Cod on Saturday, July 5th, to spend a day at the beach and watch some delayed fireworks displays. The shot above, taken as the sun was setting over nearby Hyannis, captured a group of teenagers setting off some smaller firecrackers near where my friends and I were lounging. It was a beautiful, memorable night.

While I met a lot of really fun actors and actresses at Boston’s very first “Walking Dead” centric-convention (Jon Bernthal and Steven Yeun being two of my favorites,) I had the most fun posing with Brighton Sharbino- the beautiful young lady who portrayed the unhinged Lizzie Samuels in Season 4. Brighton was a sweetheart, and was more than happy to oblige me when I asked her if she could smother me for the photo the way her character attempted to do to baby Judith in one of the most unnerving scenes of the show to date. 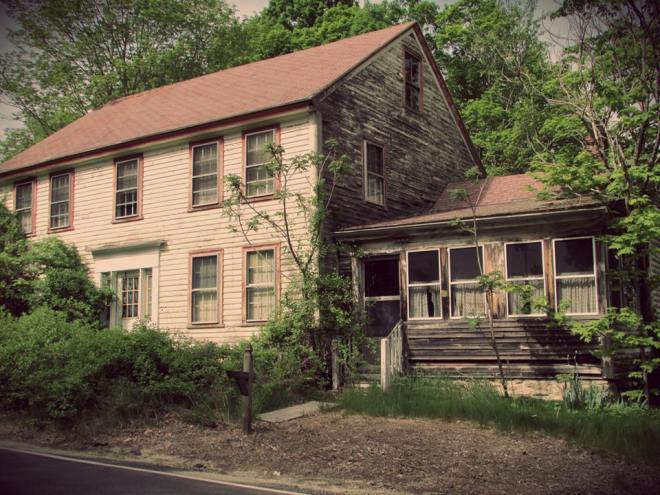 On a beautiful, sunny Spring day, after cleaning out and washing my car- I found myself traveling along the back roads heading towards Rhode Island to spend an afternoon in Newport. On the way, I passed this abandoned house- nearly being taken over by the elements and plants growing around it- and had to stop to snap a few photos of it, the partially collapsed garage next to it, and the abandoned VW Bus tucked away under a tree across the street. This was my favorite picture out of the bunch that I took that day.

This was another find while driving aimlessly one Sunday afternoon after grabbing a coffee and running some errands. I found myself in Connecticut, and spotted this beautiful (and unfortunately decaying) home off the side of the road. Some research into the area turned up information- specifically that this beautiful structure was once known as The William H. Mason House, and is currently scheduled for demolition due in part to the current owner (a wealthy New York-based interior designer,) failing at any attempt to preserve it. It’s a shame, really- because the building is gorgeous and could be turned into a number of things.

While I visit Hampton Beach a lot throughout the year (it’s one of the easiest beaches to get to, after all-) June 2014 saw me returning to one of my favorite locations, Old Orchard Beach in Maine, for the first time since my teens. In the photo above, taken by my best friend Sean, I attempted to re-create an identical picture of me that was taken in the exact same spot when I was 16. Although my hair is much redder and my fashion sense is considerably better than it was at the time of the first photo- my big, cheesy grin is pretty much the same.

In the Fall of 2014, my niece began kindergarten and my brother started a new job. Because of scheduling conflicts- he recruited me to bring my niece to school a couple days every week. Since then, we’ve mastered making pancakes or french toast sticks in the a.m. while still getting her to her classroom on time. Sometimes, on the days we’re running a little behind and don’t have time to cook in my kitchen- we stop at Starbucks. I snapped this picture of her, mid-sip of her hot chocolate (because I’m not giving caffeine to a six year old,) while we were walking to her school. 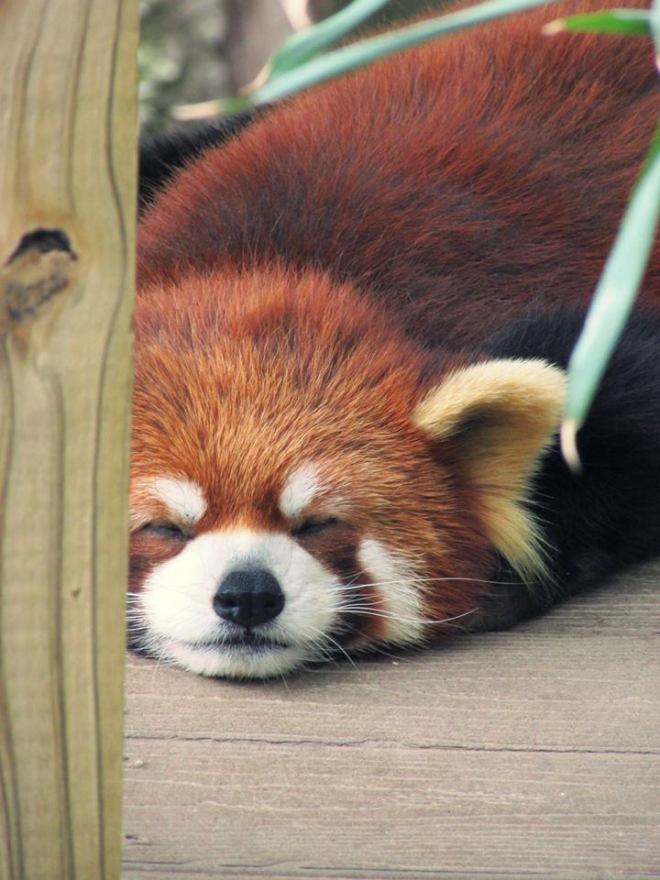 As someone who has to bribe my dog with treats to get him to hold still for photos, it was a pleasant surprise to be able to snap a couple of pictures of some Red Pandas during a Springtime visit to the zoo/conservation society in Rhode Island. Granted, they were sleeping soundly at the time, so it wasn’t a challenge getting good shots- but this one, taken from a distance- is my favorite. His/Her little face is just so precious!

I traveled, on a whim, to quite a few places in 2014. One of my earlier outings in the year, a short drive to Fall River, brought me to the Lizzie Borden Bed & Breakfast one snowy afternoon where I, and maybe 5-6 other people, were given a tour of the legendary crime scene. I took this picture of the couch where, in 1892, Lizzie’s father Andrew was found murdered (the picture of the scene is easily available on Google- if any curious minds have the stomach to see it for themselves.) The tour was fun and informative, and the home is beautiful, if not a little bit creepy- and this will always be my favorite photo from the day.

As a joke to surprise my mom this year, I dressed up my miniature schnauzer, Oliver, in a button up dress shirt, vest, and bow tie that I had picked up in the children’s department of a clothing store for Easter dinner at her house. I only kept the outfit on him long enough to take the photo above while he sat on her couch, but all of my relatives that were present at the time thought it was the cutest thing ever. Since then, I’ve turned this picture into a greeting card for friends and family alike. My little guy looks like such a dapper gentleman!

I hope a photo of myself ranking at #1 doesn’t come across as conceited or egotistical- I just really had the time of my life dressed as Daryl Dixon from “The Walking Dead” while at the biggest comic convention in the world over the Summer. This picture, snapped on the last day of SDCC by a stranger who had asked me to pose with his children a few minutes earlier outside the convention center- was taken just a half hour or so before the event and weekend came to a close. I was tired, hungry, and my feet hurt more than a little- but it was worth it and I really hope I can do it again someday.

And there they are- my top 10 photos from 2014! It’s been a blast going through all of my photos and albums from this year. So many good memories and great pictures from throughout the months.

Here’s hoping there’s even more of them next year!