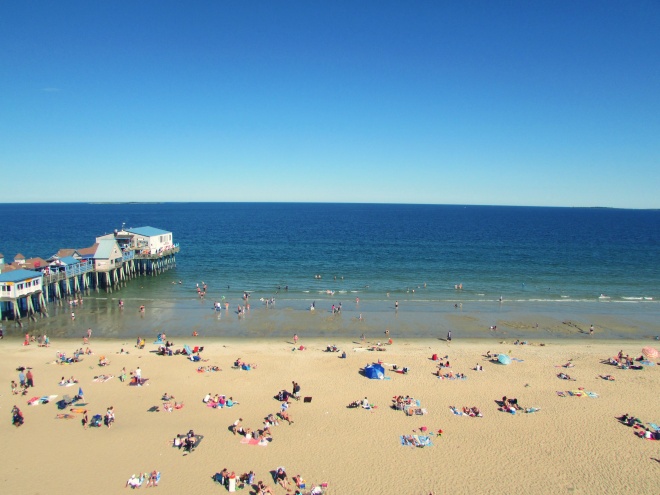 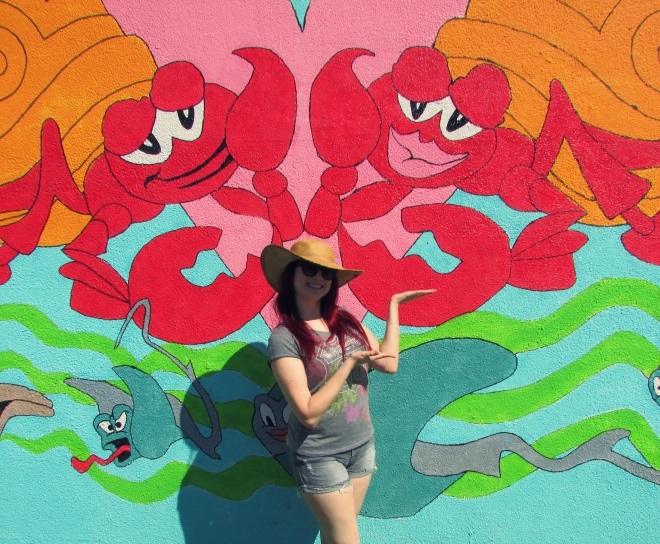 In the Summer before my junior year of high school, I traveled to Maine with my best friend at the time, Kristi, and her mother and step-father for a week long vacation in Old Orchard Beach. It was the first and only time I’d ever been, and it was one of the most memorable vacations I’d ever gone on. Be it because of OOB’s classically cool, old-fashioned pier and boardwalk where we spent most of our time, their amusement park (which includes some pretty outdated rides that don’t feel all that safe but are still a thrill nonetheless,) or the fact that Kristi and I were both mending our broken teen-aged hearts at the time of our trip (and nothing is more devastating or overly dramatic than a broken teen-aged heart.) Whatever the reason, or maybe a combination of all of them- I always look back on that week, and that entire Summer, fondly.

This past weekend, a little more than twelve years later and with a considerably less broken heart, I decided to head back to Old Orchard Beach for a day. Although Kristi, at home with her son (but very much with me in spirit,) was absent- my best friend Sean came with me to enjoy the slightly modified but still very cool pier, and hop on nearly all of the still rickety carnival rides until we thought we were going to throw up our order of boardwalk french fries. 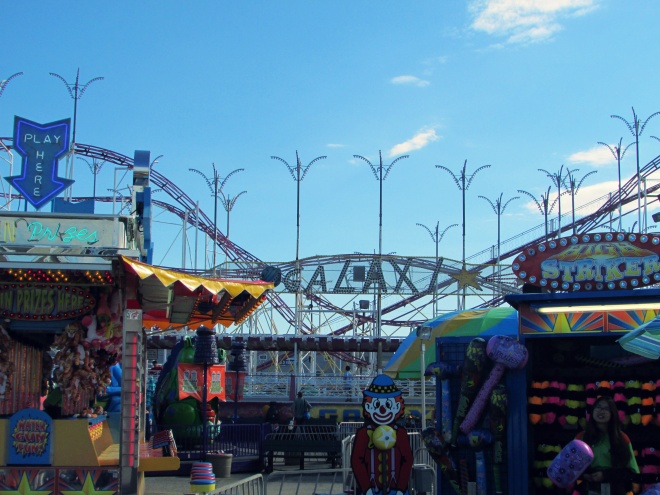 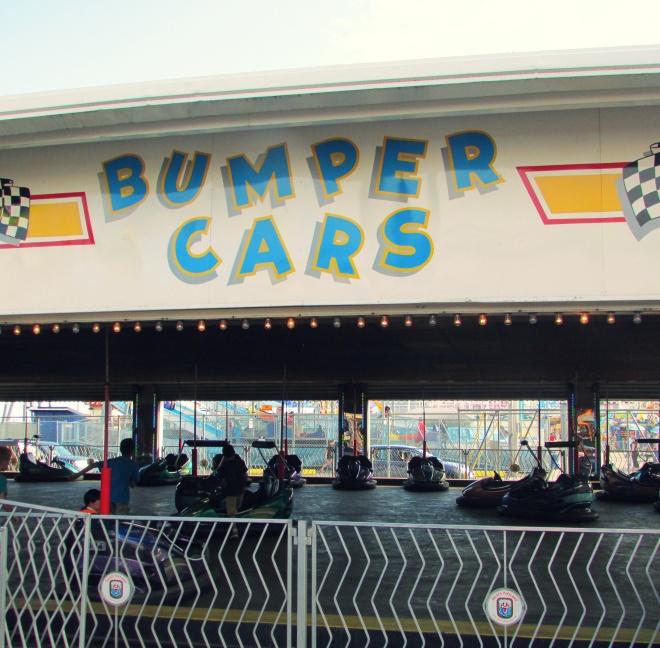 OOB also has a pretty big arcade, and much like the Summer of 2002, I spent a good amount of time (and quarters) perfecting my skee-ball skills and re-visiting The Simpsons pinball game- which I hadn’t seen in ages. I used to play it ALL THE TIME at Hampton Beach when I was a kid, and then it just disappeared one Summer, never to be seen again until this past weekend. I was so entranced by playing it that Sean ended up snapping a few photos of me, lost in concentration.

When we ran out of quarters, Sean and I combined our measly ticket total and cashed them in for the grand prize of a plastic top, two erasers, and a bouncy ball which undeniably made us the envy of everyone in the arcade: 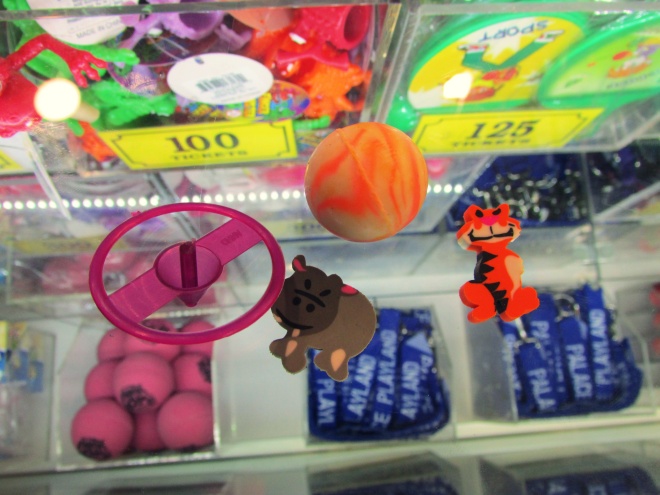 Of course, you can’t end a day at the beach without heading down to the actual ocean and without grabbing some homemade ice cream. As the afternoon was coming to an end, I kicked off my flats and sprinted down to the surf by the pier to attempt to re-create a photo that exists somewhere in the abyss that is my old photo albums, of me, posed with a gigantic grin- with the surf and boardwalk behind me. My hair is a lot more red in this most recent photo, and I’m missing my old glasses and sequin-covered tube top- but my expression of sheer giddiness is still very much present.

After I rinsed the sand off of my feet, it was a quick walk back into town to stuff myself with peanut butter cup ice cream while sitting outside a cute little general store/cafe- and then from there- back to the car to head home to Boston as the sun was setting. 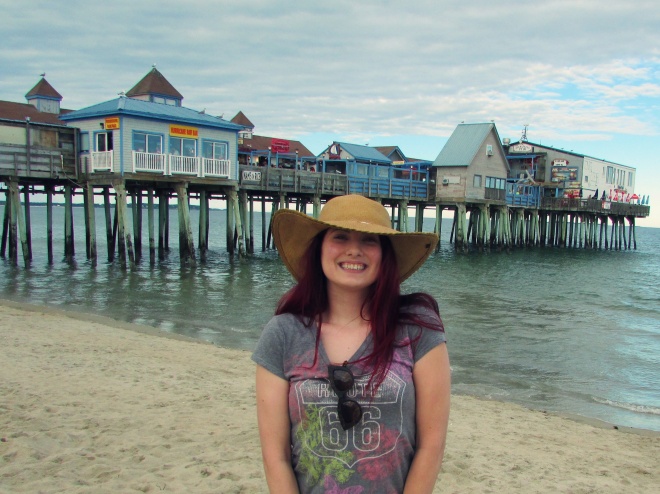 If you live in the area and/or don’t mind a bit of a drive, then I highly recommend visiting Old Orchard Beach. It’s a lot less crowded than some of the other popular New England beach destinations in the Summer, there’s more to do, the beach is clean, parking is convenient and cheap (everything is surprisingly inexpensive, really,) and there’s a lot of cute motels and inns in the area that are within walking distance to the boardwalk and pier. I fell in love with this place twelve years ago and have been kicking myself for not going back sooner- but I’m sure glad I did this past weekend- and I’d like to go again before the Summer is over.