For March, Loot Crate teamed up with EA Games and Respawn to bring subscribers the “TITAN”-themed box, just in time to go hand-in-hand with their recently released and widely popular “Titanfall” game for Xbox (which looks awesome, but I haven’t had a chance to play it yet!)

I’ve already gushed over how much fun I think Loot Crate is, and how I’ve come to look forward to it every month- so let’s just get right to it! 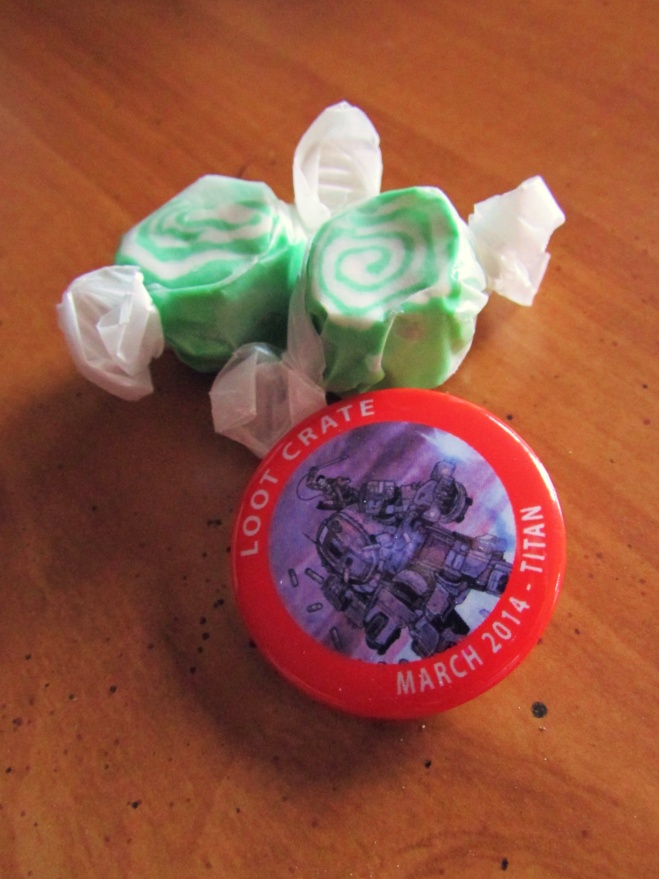 March’s booklet featured a Q&A with Respawn Entertainment’s Abbie Heppe, a review of “Attack on Titan” (currently available on Netflix,) a glimpse into the “Official Titanfall Premium eGuide” included in this month’s crate (but not pictured,) as well as an article detailing Respawn Entertainment’s creation and how ‘Titanfall” came to be one of the most anticipated games of 2014. It was an interesting read!

And with my commemorative pin this month, I also received a couple of pieces of taffy for St. Patrick’s Day. I don’t think they have anything to do with the Titan theme- but taffy is pretty good, so it’s completely fine.

I had been informed early on via e-mail that March’s Loot Crate would include a t-shirt. Last month’s tee had been a hit, so I was excited to receive this one. This “Titanfall” shirt, worn by the game’s development team, was a little softer feeling and more fitted than the February shirt, which was nice. The design is bad ass, and it’s is definitely something I’d wear out and about. I’m adding this one to my collection. 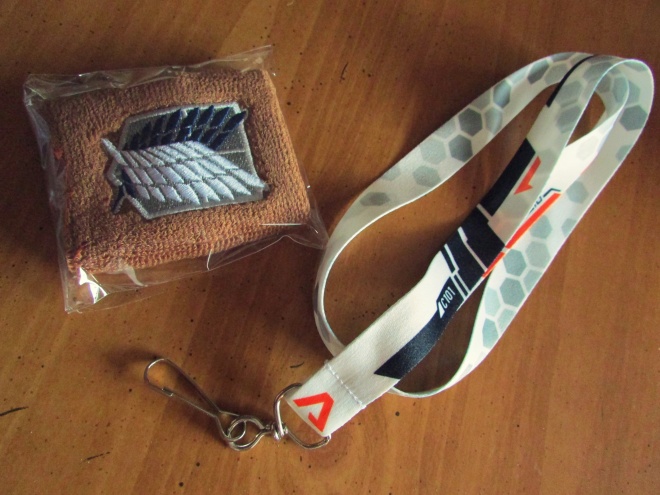 In high school, I had two wristbands. One was black and white checkered, and the other was bright blue and featured a large stitched Pac-Man on it. To this day, I still don’t know what purpose they served or why I owned them other than I thought they looked cool. This “Scouting Regiment Wristband’ brought me back to those confusing and questionable times. I’m unfamiliar with “Attack on Titan,” which is what the stitched logo on this wristband is based on- but I admittedly liked it, and would probably wear it (and still not know what the purpose of it is.) Some things just don’t change.

Treading back into the “Titanfall” theme, this specially designed lanyard is most certainly going to come in handy when it’s time for me to head to San Diego Comic-Con this Summer. I’ll need a convenient way to keep my badges together and on my person so I don’t lose or misplace them. 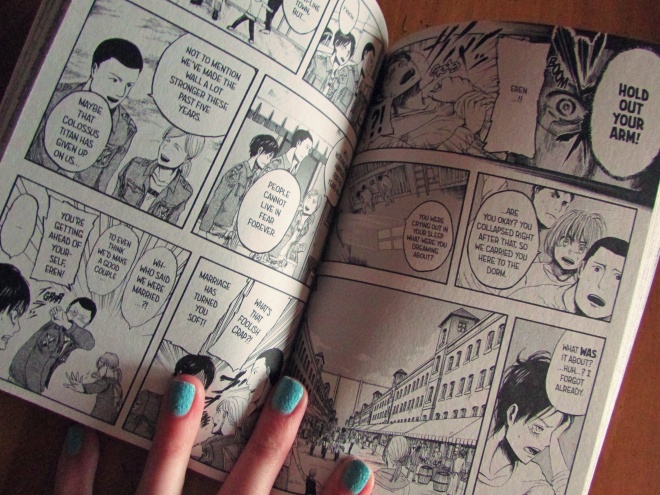 The well well-done illustration that graced the cover of March’s booklet was shrinked down to magnet size in this month’s crate. My refrigerator is a collage of lists, appointment reminders, and photographs- so anything that can help me keep it all in place is greatly appreciated.

And lastly, as I had already mentioned, I’m unfamiliar with “Attack on Titan,” but even though I’m less than a novice in the world of manga and anime, I thought the way this book read- from back to front instead of front to back- was pretty interesting. I have a couple of friends who are more knowledgeable and appreciative of things like this, so I’ll be gifting this book to one of them instead of holding onto it.

And with March’s Loot Crate un-boxed, unwrapped, unfurled, and currently spread out all over my coffee table- I really, really want to go play “Titanfall” right now.