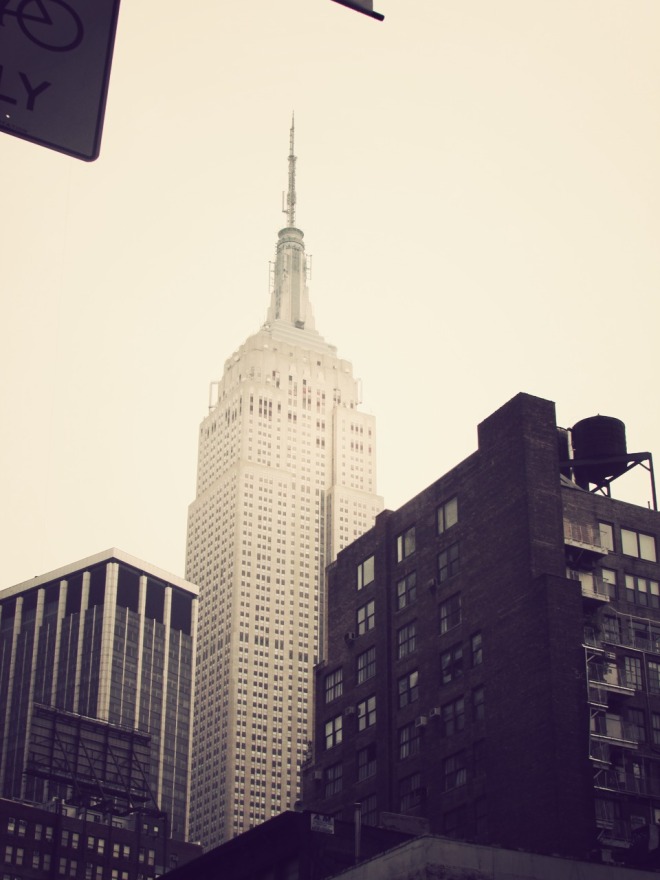 On Saturday, Sean and I headed out to Manhattan to attend  “Green Man”, a dinner and rooftop party hosted by the Sleep No More crew at the McKittrick Hotel to welcome Spring properly. The dress code called for white, so I donned a fitted white lace dress and a white floral crown, and was promptly greeted upon my arrival in the city by an alarmingly sudden (and very loud!) thunderstorm when it crept up on us after I parked my car near the venue. We ended up having to duck under some scaffolding when the downpour started.

Regardless, when the skies cleared and the sun emerged, we still had some time to dry off and roam the streets for a couple of hours before the show- and what a show it was.

“Green Man” was the first production I can remember in recent years where we didn’t have to wear masks, and where photography was allowed. After a delicious and diverse meal and a couple of glasses of wine with strangers who quickly became new friends, we were led up to the rooftop for more drinks, dancing, penis-shaped cookies (seriously), and to watch and/or participate in a couple of rituals to welcome the “season of rebirth”. The whole night and it’s theme reminded me of “The Wicker Man”, with cast members prancing around in animal masks and frilly frocks, but there was no Nicolas Cage punching women dressed in bear suits- and also no human sacrifices.

The view from the roof was breathtaking, but if it got to be too much, you could go downstairs, back into the hotel, for an incredible live performance from a house band followed by plenty of dancing and posing in a photo booth area. As was the case for New Years Eve, you were also free to roam certain areas of the hotel, and if you were in a certain place at a certain time, you could find a surprise or two. Sean and I actually ended up stumbling upon a puppet show in one of the rooms while we were exploring.

The drive home was excruciating, but overall, the night was worth it. I had such an incredible, memorable time and I’m anxiously looking forward to the next event. I highly recommend anyone interested in participating in these types of parties add themselves to the McKittrick’s e-mail list so you’ll get the notifications when they have things like this. I never would have known about it otherwise! 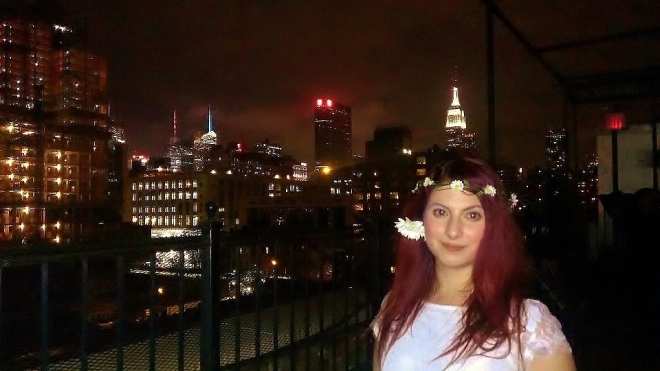