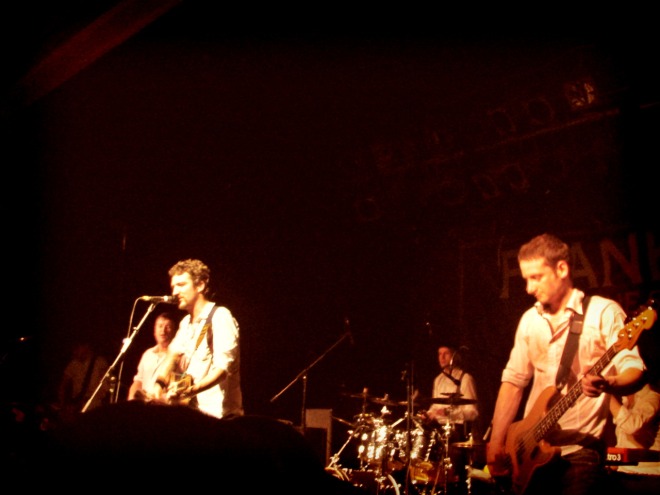 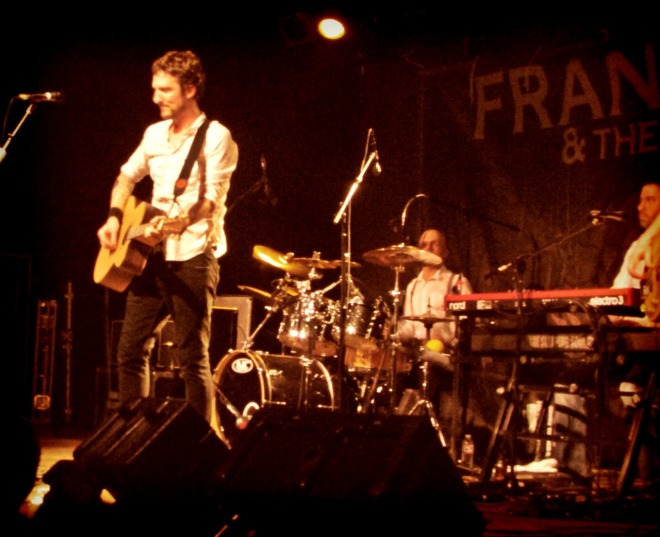 Last night I made the trek out to Northampton to catch a set from Frank Turner & The Sleeping Souls at the Pearl Street Nightclub. I don’t spend a lot of time in Western Massachusetts, so I tend to forget what a peculiar place Northampton is. It’s like it’s completely cut off from the rest of the world. I ended up parking about a half mile away from the venue, and had to walk through the downtown area to get there. On the way, I saw so many different little shops, cafés, and restaurants- and now I have the inexplicable urge to return there some afternoon in the near future and just walk around and eat, drink, be merry- and shop.

I digress. The show was fantastic. Frank never disappoints. He was so energetic, and fun, and full of that infectious positivity that just seems to radiate through his music and his personality. I’m sure I’ve said it before, I’m certain I have, but his songs are something I truly cherish. His lyrics are so inspiring. There’s no bullshit. It’s just raw and real, whether it be about the complexities of relationships or losing your way in life, to the simple things like drinking with your friends, dancing, or listening to rock n’ roll. The message is clear, though: keep your head up, be good to one another, enjoy and appreciate life as it comes at you, and roll with the punches- because everything will be just fine.

I had a brief correspondence with Frank at the beginning of last Fall after a show he’d done at The Royale in Boston. I had thanked him for a terrific performance, and for his lyrics, which meant so much to me at the time- especially after having just lost my father a couple of months before. Frank was so unbelievably kind, compassionate, and genuine with his words, telling me to stay strong and to “keep fighting”. It resonated with me, and still does to this day. He is what more musicians should aspire to be: grounded, unabashed, approachable, and of course, talented.

Last night Frank mentioned that they’d be touring the area again in the Fall. You know I’ll be there.