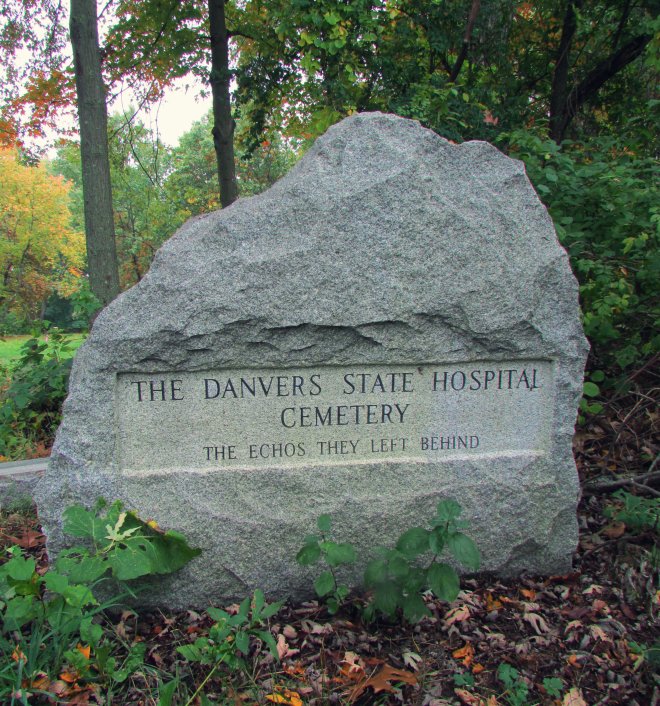 My fascination and appreciation for abandoned buildings is well documented by now. Apart from the photos I take of food or my dog- abandoned buildings comprise most of my photography- and the Holy Grail of abandoned places (up until it was converted into condominiums a few years ago, anyway) was Danvers State Hospital in Danvers, Massachusetts- birthplace of the pre-frontal lobotomy and the source of some of the most chilling tales of questionable- if not just plain unethical- medical experimentation on patients, overcrowded and deteriorating conditions, and pretty gruesome deaths over the years leading up to the hospital’s closure and eventual abandonment in the early 1990s.

While most of the hospital was demolished to make room for modernized studio apartments and spacious high end condos- the main administration building remains standing (and is now the lobby/leasing office, I believe)– a testament to the Kirkbride-style architecture frequently seen in mental institutions in the late 19th century- and sadly a dying breed of building now that more and more places are being razed or renovated.

Last week, while out for brunch with Sean- we were heading North on the highway when the former Danvers State Hospital came into view in the distance- not as ominous as it used to be when it was a gigantic and sprawling series of boarded up decaying buildings- but still pretty impressive on the horizon. Sean admitted to never having seen the place up close, so we took a quick detour so he could catch a glimpse of the administration building and take in the breathtaking view from the top of the hill. 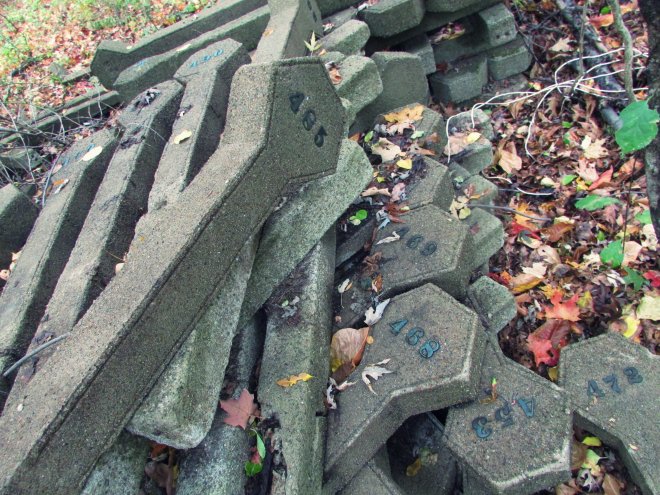 While there, we opted to take a stroll on one of the many trails throughout the property. It was on one trail in particular that we stumbled on the sign pictured above. Turns out, the bodies of the deceased patients at Danvers were never moved- simply given some updated headstones, a memorial plaque with a bench- and left alone so the elements could reclaim the clearing after what looked like weeks (if not months) of not being tended to adequately.

The mood in the cemetery was already somber and unsettling- Sean and I both admitted to each other that we felt like we shouldn’t be there- but things went from simply uneasy to downright creepy when we stumbled across a stack of numbered patient grave markers piled and thrown in the edge of the forest. I’d never seen anything so eerie in my life. There were just so many- and each one represented a person who had lived and died in God only knew what kind of conditions on the very spot that people were now living and raising families.

It was so surreal. 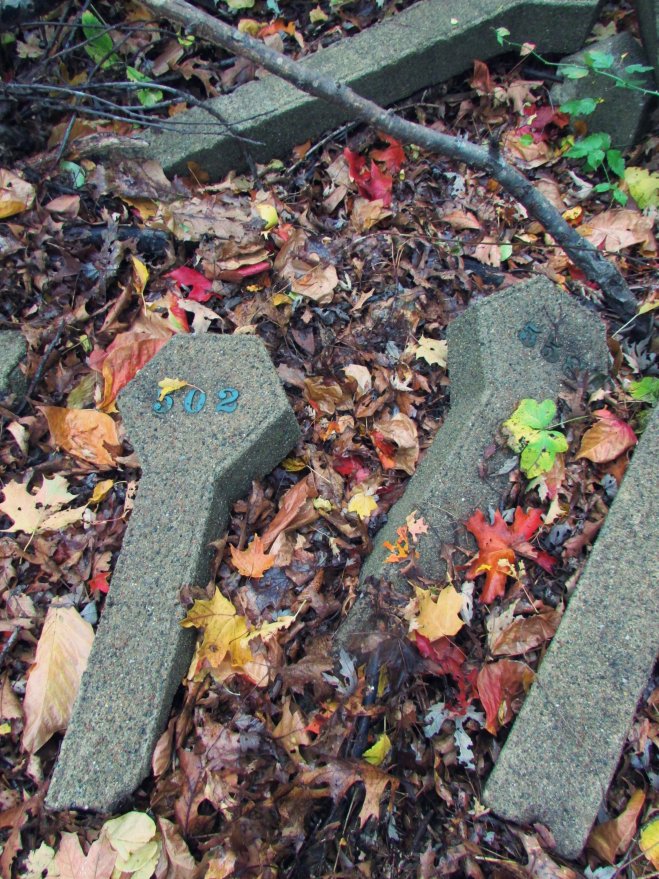 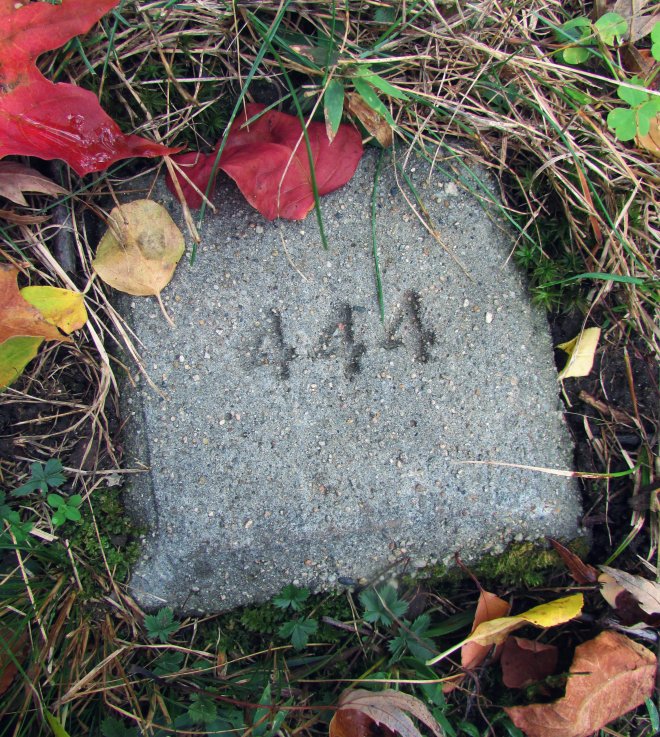 And for you ‘Session 9‘ fans (a 2001 horror movie filmed on location at Danvers when it was still an abandoned hospital)– unmarked grave #444 does exist in the farthest corner of the cemetery- all by itself. Sean and I took some time to clean it off of leaves and weeds before we left- but we were both pretty floored it was there and hidden away from the rest of the cemetery.

As creepy as the place was- I do still feel compelled to go back with some flowers or something to pay proper respects. The cemetery is pretty unkempt- with high grass and broken fences- which makes it all the more depressing given how luxurious the nearby condominiums are by comparison.

And I have no doubt in my mind it’s haunted. None at all.

I bought a pore vacuum. It is addicting, fascinating, and insanely disgusting. 🤮. . #lol #Skincare #MyPoorPores #PoreVacuum #Gross #OilySkinProblems #Quarantine #Me #Selfie
"Oh bite the weenie, Riz.". "With relish." 🌭. . #MemorialDayWeekend #Cookout #Cooking #Summer #Summertime #BBQ #DayOff #CheatDay #Monday #StuffingMyFace #Dinner #Foodie
Summer is pretty much here. Sneakers, burgers, and ice cold beer today. 👟🍔🍺. . #Selfie #Me #SundaySelfie #HappySunday #Weekend #MemorialDayWeekend #SocialDistancing #Quarantine #Massachusetts #NewEngland
Just checking in from Château Ashley. I hope you're all doing well, feeling fine- and staying safe. Today I did my monthly grocery store run, cleaned out my entire apartment and got rid of a ton of clutter- and am getting ready to make an iced latte and go for a drive. Anyone got any podcast recommendations? . #Selfie #Me #NoMakeup #NoFilter #HappySaturday #Weekend #Quarantine #Saturday #GoodAfternoon #FeltCute #MightDeleteLater