Five flights, three hotels, countless cups of coffee and one Hell of a head cold later- and I’m back home from a whirlwind week on the West Coast. I took yesterday off for myself to unpack, recover from jet-lag (and some serious post-flight congestion) and get my head back together as I re-adjusted and re-acclimated  to my normal, everyday routine here in New England. Try as I may, though- I really would rather be back in Vegas or San Diego right about now. These chillier than usual Massachusetts temperatures were/are not welcoming at all.

Maybe I was just spoiled by the dry, sunny, desert and SoCal days and nights, though.

Going through my photos, mementos, souvenirs and odds & ends that were stuffed in my purse and in my suitcase- I still can’t believe this past week happened (and happened so fast!) Everything was so surreal. It’s hard to put into words the indescribable feelings and emotions I’m experiencing as I reflect on the past few days- but I’m going to try.

Heading to Vegas, I had two goals in mind- I wanted to see my friends out that way (specifically my dear friend Kelsey, who I haven’t had the pleasure of spending time with since her wedding around this time last year to her wonderful husband, Andrew) and the plethora of people I knew who were going to be in town for The Killers’ special “Sam’s Town” 10-year anniversary gigs (located at the album’s namesake.)

Attending those shows was actually my second goal on the agenda. Although I am a shameless fan of The Killers’ entire body of work- “Sam’s Town” has a special place in my heart. I was 20 when the album was released, and although “Hot Fuss” was my first introduction to the band (and the subsequent tour was my introduction to longtime friends on the crew and within their opening bands)– the “Sam’s Town” era helped deepen those friendships/relationships. It truly was the soundtrack to my growing up and coming into my own. Each song is poignant, and overall the record is pretty flawless from start to finish. There isn’t a track I skip when I re-visit it. I was ecstatic to re-live the magic of those shows in a new and unfamiliar venue. 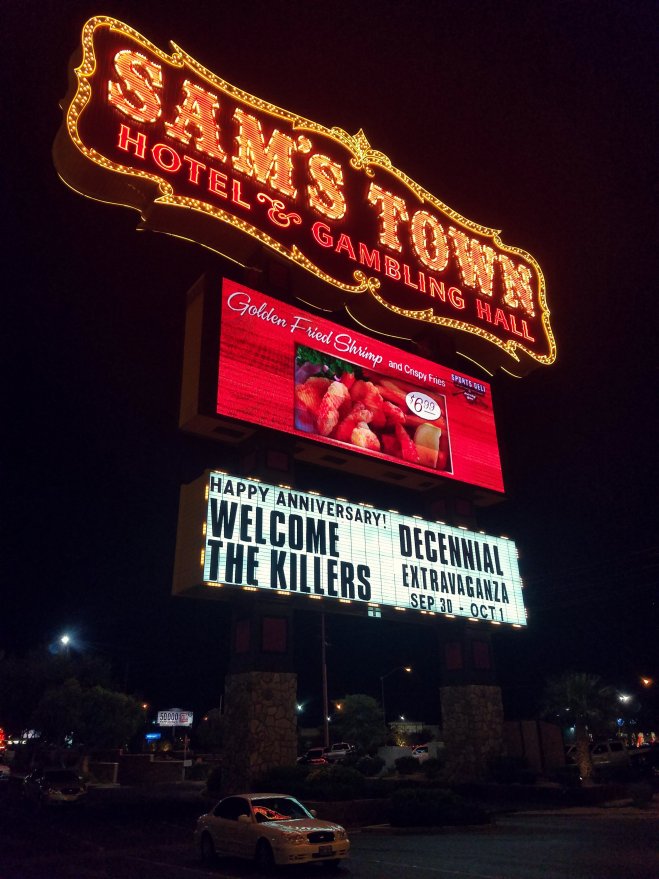 Although there was a bit of unnecessary drama upon my arrival on Friday night (when you’ve been a fan of the band for as long as I have, you tend to cross a few other people from time to time who aren’t exactly the friendliest or most stable people to deal with)– it was quickly forgotten as soon as I was inside the actual venue, the lights dimmed, and the band took the stage.

What I loved most was that the show was set up the way it was back when the album was first released. There were the familiar images of the guys during the “Sam’s Town” era projected onto a curtain that dropped just in time for the crowd to be showered in confetti (nicely done, Steven!) during the intro. There was the classic lighted “Sam’s Town” sign hanging behind the stage- and the guys launched into a couple of encores featuring other favorites after they’d performed the “Sam’s Town” album in it’s entirety. My good buddy Brian also joined the boys on stage to perform his part in the song “My List”- which was awesome. I haven’t seen that one live in ages.

Between Friday and Saturday night’s shows- my time consisted of hanging out with old friends, making new ones- and having one too many cocktails. By the time it came for me to fly to San Diego on Sunday morning, I was burnt out. Happy, of course- but exhausted!

While my agenda in Vegas was all about fun- my trip to San Diego was a bit more business-oriented. I still had fun plans, of course. My dear friends Tommy and Andrea came down from Los Angeles with their beautiful baby boy, Lorenzo, so that we could all go to theNAT together and grab lunch. I sat down for a couple of drinks with my longtime friend, Jimmy- and I made a point to stop by my favorite beach (O.B.) and Mexican food restaurant (Pokez) before I jet-setted back to Massachusetts on Wednesday night.

But while I was in the area- I had a bit of a top secret meeting with a law firm in downtown San Diego to discuss possible employment by the end of the year/beginning of 2017. I hadn’t wanted to say anything to anyone, really- just in case it didn’t pan out or I changed my mind- but the firm seemed impressed with me and my resume and offered me a position should I ultimately decide to make the move to SoCal. It’s a HUGE decision- and one I’ve thankfully been given plenty of time to consider and weigh the pros & cons of before giving my answer.

Many factors come into play with a decision like this: finances, my friends & family here in New England, my living situation, my roles and responsibilities- and what I would be both gaining (and losing) with whether I choose to stay or go. It’s a lot to process- and I’m doing it to the best of my ability while throwing myself back into my current job here in Massachusetts and recovering from a cold I picked up somewhere between San Diego and Chicago on my way home.

There also comes the possibility of employment in Las Vegas and/or Henderson, Nevada- where real estate is infinitely more affordable and reasonable than it is in California. The climate is still right up my alley, albeit a tad dry- but anything is better than snow.

As you can probably imagine, I’ve been buzzing with excitement (and nerves) while simultaneously driving myself nuts with overthinking pretty much every aspect of the past few days- and the days moving forward.

And we all thought vacations were supposed to be relaxing, right? Not for me, apparently!

Oh well. I had a phenomenal time and that’s really all that matters. I cannot thank my friends and extended family out West enough for making these past few days some of the most fun, crazy and memorable ones I’ve ever had. I love you all so much and I cannot wait to see everyone again soon! 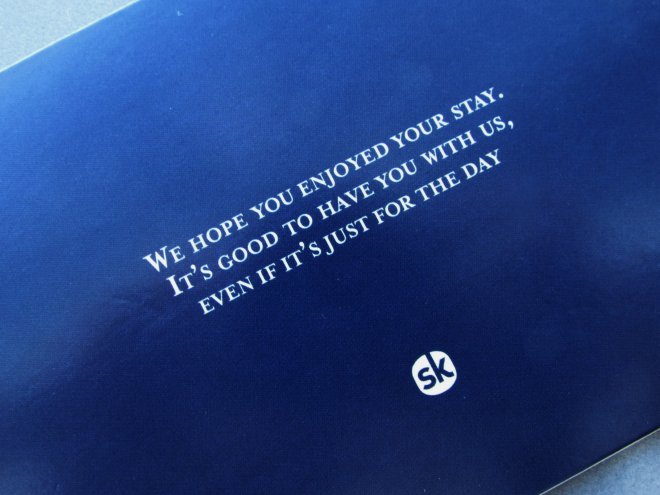