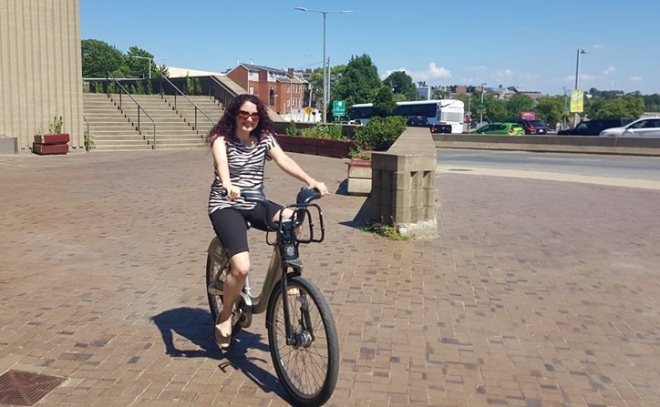 What the F*CK was your problem?!

Not since the month my father died (and the couple of months that immediately followed afterwards) back in 2012 can I remember a solid few weeks of my life that were as emotionally exhausting, maddening, and just plain weird as this past June turned out to be. By the time today rolled around I was practically tapping out on the floor and begging July to hurry up and take over- and I’m someone who is almost ALWAYS saying how time flies by much too quickly for my liking- so you know this month was seriously rough for me.

In my ‘In a Nutshell’ post from May- I had briefly talked about a longtime friendship/dating situation I was involved in reaching a turning point. In that post, I had expressed optimism that myself and the guy involved were on the same page and moving forward with newfound respect and understanding for one another. Literally hours after I published that cheerful outlook on life and love- things completely fell apart. Come to find out, said guy had a large closet filled with multiple skeletons and secrets- and they all came tumbling out to surprise me and open my eyes to a whole convoluted mess of a situation I hadn’t had a clue about for months.

The weeks that followed, even up until now- have been a mess of anger, heartache, confusion, more anger and heartache- and finally some much-needed clarity and a sense of self-awareness and empowerment that came from my realizing I was involved in an abusive situation- I was being mistreated, used and psychologically/emotionally manipulated- and finally ending it (friendship-wise and every other potential aspect) once and for all. It wasn’t easy by any means, especially given that me and this guy have known each other for well over a decade- but people change. Some for better. Some for worse, and the ones who have changed for the worse- who refuse to accept responsibility for their actions, who think only of themselves, and who show no remorse for their behavior or willingness to change it- need to be removed from your life as quickly as possible as if they were a cancer.

Not all was lost, however. I found an unlikely ally in another woman who was also being deceived and used by this individual (and who had alerted me to his deplorable behavior in the first place- approaching me from a place of mutual respect, understanding, concern and kindness.) Over the course of this month we’ve gotten to know more about each other and we’ve realized we have a lot of stuff in common apart from our terrible taste in some men. We have been supportive and honest with one another throughout this ordeal- refusing to turn on each other the way it sadly and so often plays out in triangle situations like these where the actual at-fault person is rarely held accountable- and even finally met face to face the other night where I personally had an awesomely fun time. She’s wonderful, and if making a potential new friend is the silver lining to what was an otherwise stressful situation for the better part of a month- then I’m content with that outcome and it would have all been worth it. Sisters before misters, y’all!

In between sorting out that part of my life and starting the healing process/moving on- June kept the punches coming. Health scare? Vandalized car? Fender bender? Broken lock on my car? (June was ALL about car problems) Awful-ness coming out of Florida every other day and Britain losing their minds? Oh yeah. You bet this month had it all. Is it any wonder I just wanted to fall asleep in front of my air conditioner until it was over?

I digress- there were some lighter, fun moments in June. They were far and few between- but they were there.

Fortunately, I’ve made sure to keep myself busy and distracted in July- and my friends are sticking by me to keep me company and my mind occupied, too. I’ve got some day trips planned (including a couple for this coming weekend!) and a few shows lined up that I’m excited to catch. The Comic-Con circuit finally reaches the Boston area this coming month, too- and I’m really excited to share my Negan-ette costume I’ve been putting together when I’ve had the time between work and… Well, all that other stuff I was dealing with this past month.

Here’s to better days ahead and a better Summer, overall. Please, July- be good to me.

More of this in July, please. Swimsuit and hat by Primark.

As someone who is typically on top of my upkeep (working out, dressing nice, getting my hair and nails done, etc)- quarantine isn't exactly doing wonders for my psyche. I'm sad, and tired, and I feel gross- but I'm trying to hang in there. Hope you're all okay. . #Monday #MondayMotivation #GoodMorning #Inspirational #Motivation #Quotes #Quarantine
Tomorrow on the blog, I'll have the recipe for these beef empanadas. They're uh-may-zing. . #Recipes #Food #Foodie #FoodPorn #Empanadas #Cooking #Baking #IronChefAshley #BeatBobbyFlay #KitchenWitch
A blessed #Wrestlemania to you all from our Zoom party. . #WWE #Wrasslin #SocialDistancing #Quarantine #Coronavirus #Zoom #HappySaturday #Weekend
Don't get in, loser. We're social distancing. . #Selfie #Me #Quarantine #SocialDistancing #RoadTrip #NewYork #MeanGirls #Driving #FreshAir