Hello! I hope all those who celebrated had a wonderful Christmas. Mine was phenomenal- spent with family and friends by the tree- and I’ve been preparing for the coming New Year by making some NYE arrangements and putting together my last posts of 2015- including this one!

To wrap up my monthly subscription box reviews for 2015 was December’s Loot Crate. With the recent release of ‘Star Wars: The Force Awakens’ (which I’m FINALLY seeing for the first time tonight after successfully avoiding spoilers until a group of my friends could all coordinate a day and time to go and experience it together), it seemed appropriate that this month’s theme was ‘GALAXY’.

Of course, “GALAXY” can mean a lot of different things for a lot of different people- and isn’t just limited to the ‘Star Wars’ world. For that reason, I thought Loot Crate did a pretty nice job of incorporating other galactic-centric franchises in December’s assortment of items.

Let’s take a look at what I received! 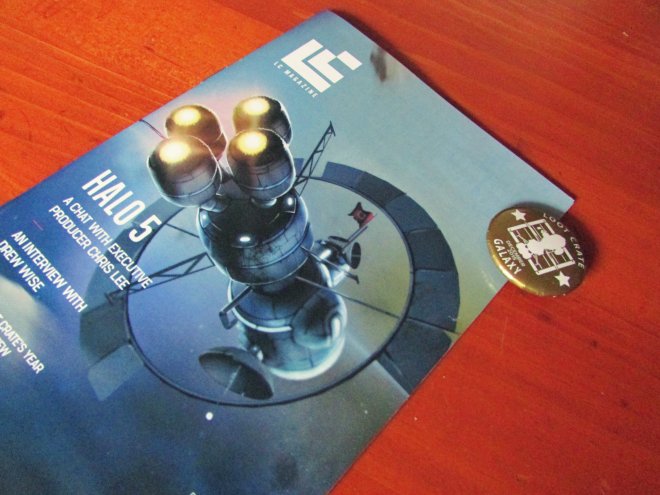 As usual, the first items I’m going to get out of the way are the two that are included in every Loot Crate- the monthly collector’s pin (which I admittedly don’t collect at all) and the mini-magazine. This month’s edition featured a look back at the service’s themes throughout 2015 (and where it was revealed that every crate in 2016 would include a t-shirt!), a Q&A with designer Drew Wise- who is the creator of the shirt in this month’s assortment of items- and an interview with Chris Lee, the Executive Producer of ‘Halo 5: Guardians’ 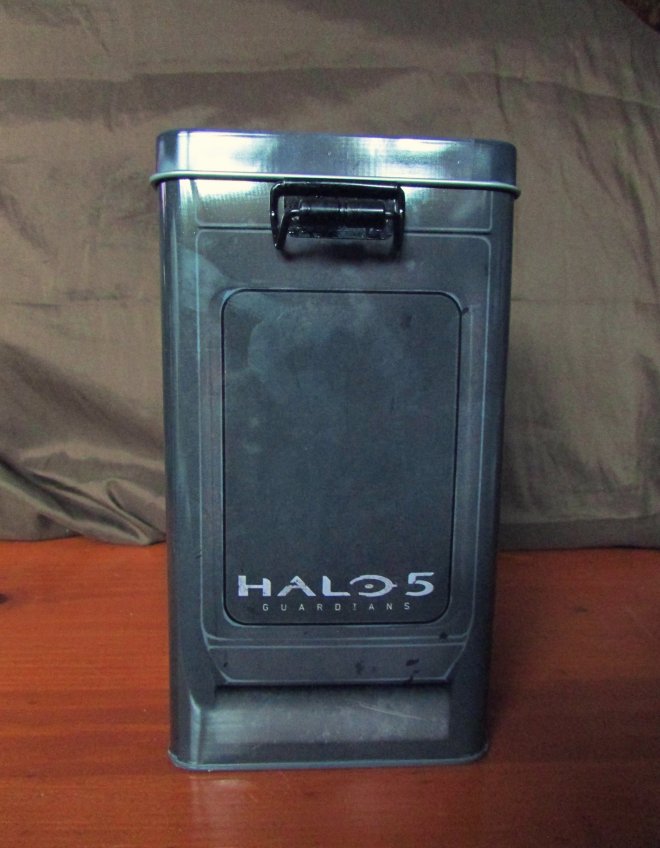 Before I’d opened this month’s crate, I had wondered why it looked and felt so bulky- but once I laid eyes on this metal, hinged-top ‘Halo 5’ ammo tin- it made sense. Most of the items in December’s crate were actually stored inside- if that helps gives you an idea of how much room this product has- and how useful it can be for storage. I love the design, and I plan on using this for holding mail, postcards, etc. for safe keeping.

HAN! I love this exclusive Funko POP! Vinyl bobble-head doll. It’s by far my favorite item in the box and will be joining the multiple (and I mean multiple) Funko figurines I’ve been collecting over the years. This is actually my first ‘Star Wars’-related one- which makes it all the more special to me. It’s adorable!

This is the droid I’m looking for. Keeping up with ‘The Force Awakens’ trend, Loot Crate included these bright, cute and warm crew socks with a BB-8 print. This is the item- much like my Han Solo figurine- that I will be shamelessly keeping for myself. You can never have enough socks- especially ones as fun as these!

I’ve owned a vintage denim jacket since my teens that is covered with patches from bands I liked in high school, sports teams (specifically the Red Sox), inspirational quotes or mementos from places I’d traveled to- but I think I still have enough room on the back of the jacket where I can press on this ‘Galaxy Quest’ patch for good measure. It’s hard to tell from the photo- but this item is a pretty decent size! It’ll definitely be noticeable! 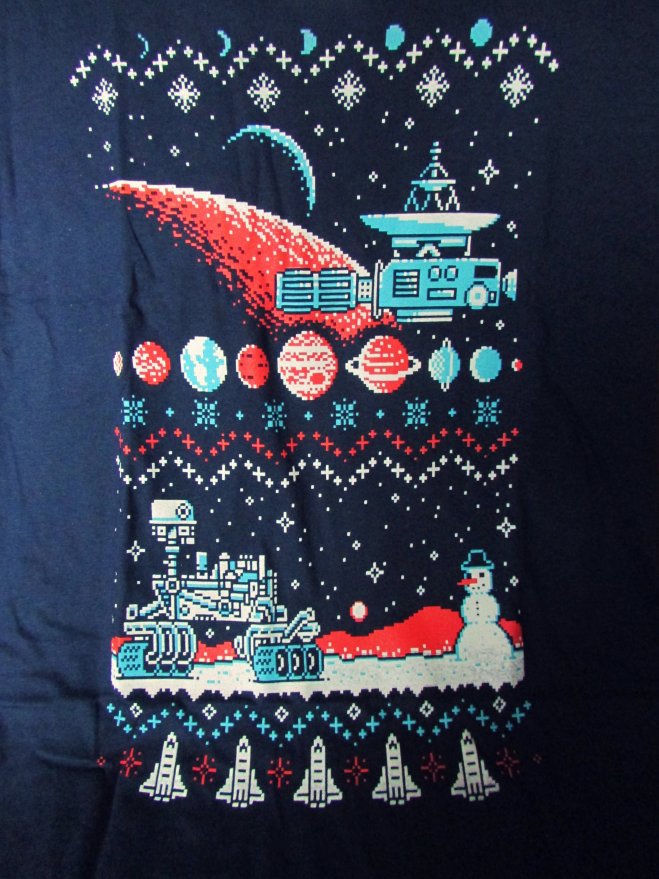 Christmas may be over, but there’s still technically a few days left in the 2015 holiday season. For that reason- I’m going to sport this galaxy-inspired 8-bit holiday sweater shirt at least once before New Years. Designed by Drew Wise- this tee is cute and comfortable- and something I’ll be putting away for next season when I have to attend holiday parties and want something unique to wear.

Finally, December’s ‘Digital Loot’ was actually for the ‘Halo 5’ players on XBox. This card contains a special code to obtain a REQ Pack in the game- which come loaded with a bunch of cool things and collectibles for game play. I unfortunately don’t own an XBox- so I’ll be passing this along to a friend of mine who does and who is also a big ‘Halo’ fan. I’m sure he’ll appreciate it!

I had a lot of fun with December’s crate. I thought it was a nice way for Loot Crate to close out what has been another fantastic year of geeky goodness. I haven’t heard what the theme is for January’s box just yet- but I’m sure it’s going to be great!